Eric J. Hall has always felt a call to serving God and to a life of ministry. At the age of 18, he entered the Capuchin Franciscan Friars.  While studying for ordination to the Roman Catholic Priesthood, he was actively involved in a wide range of ministry. Eric J. Hall served as Executive Director of Emmanuel Dining Room feeding the less fortunate and homeless in Wilmington, DE. It was here that he discovered his ability to speak in ways that touched the hearts of listeners.

Eric J. Hall was ordained a Roman Catholic priest on September 7, 1996. He served at Immaculate Conception Church, Bronx, N.Y. where he was an associate pastor and sought after preacher. Late in 2000, he discerned that God was leading him to leave the Capuchin Franciscan Friars. As authentically as he entered following God’s call in his life he was now going to make a drastic leap of faith.  With meager resources and with no clarity as to where he was going and what he would do – Eric left the friars and went home.  The jump was done in faith and God had a plan. 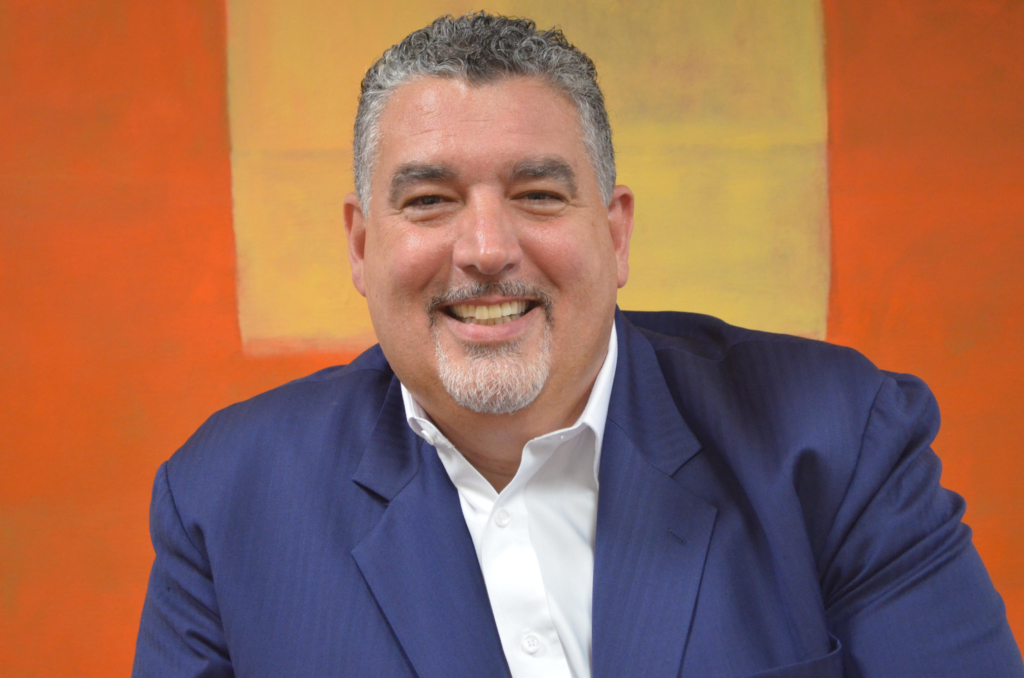 A year working but out of ministry, in September of 2002, Eric received a call from Barbara Brill, the past accountant from Immaculate Conception Church and a member of a Presbyterian Church in Yonkers, NY.   She said that the church was in need of a minister on a Sunday morning. She convinced Eric that he needed to participate and get back involved. Eric preached that Sunday for the first time in two years. Other opportunities soon presented themselves. Couples came to him to be married, and individuals came for spiritual direction and counseling. Then came Eastchester Community Church, 11 Woodlot Road, Eastchester, N.Y.  Sixteen years later -the rest is, as they say, history.

Eric is now married to Donna and together have a son, Arthur.  They reside in Glen Cove, NY.  Donna is the Executive Director of Lincoln Academy, a not for profit early childhood program housed on the property of Eastchester Church which is now celebrating over 10 years of care and education.

Rev. Eric J. Hall is president and CEO of HealthCare Chaplaincy Network™, a 55-year-old global nonprofit organization whose mission is to advance the integration of spiritual care in health care to increase patient satisfaction and help people faced with illness and grief find comfort and meaning—whoever they are, whatever they believe, wherever they are.  HCCN is a leader in clinical pastoral education and spiritual care research, and provides professional chaplaincy services at major health care institutions in New York, including Hospital for Special Surgery, Memorial Sloan-Kettering Cancer Center, and NYU Langone Medical Center.

Since Rev. Hall joined the New York-based HCCN in August 2013, the organization has been making important advances in clinical pastoral education, research into the evidence of the value of chaplaincy interventions, and alliances with like-minded organizations.  He has also led the organization’s expansion beyond traditional hospital bedside chaplaincy by innovating a suite a cost-effective, technology-driven programs and services to provide spiritual support to individuals and their families throughout the health care continuum—whether in hospital or outpatient settings, hospice, long-term residences, or at home.

Rev. Hall is the visionary behind ChaplainsonHand.org, CantBelieveIHaveCancer.org and ChaplainCareforVeterans.org, which are the first national online resources to provide spiritual care information and resources, and include a spiritual care call center, which lets those in need call, video chat or email a professionally-trained chaplain at no cost. Other groundbreaking developments under his leadership include an annual global spiritual care conference, Caring for the Human Spirit®; a spiritual care magazine for chaplains and other health care professionals; HCCN-TV™, spiritual-themed programming for use in hospital, clinic and residential settings; and palliative care and spiritual care telehealth modules.

In his role as HCCN’s president and CEO, Rev. Hall has been appointed to the Age-Friendly New York City Commission, and the National Academies of Sciences, Engineering and Medicine’s Roundtable on Quality Care for People with Serious Illness; and he sits on the Alliance for Connected Care; National Coalition for Hospice and Palliative Care; and National Quality Forum’s National Quality Partners Advanced Illness Care Initiative.

Also as part of his efforts to advance the field of spiritual care and professional chaplaincy, in April 2016, Rev. Hall introduced the Spiritual Care Association (SCA), the first multidisciplinary, international professional membership association for spiritual care providers that establishes evidence-based quality indicators, scope of practice, and a knowledge base for spiritual care in health care; he serves as president and CEO of SCA, an affiliate of HCCN. SCA’s components include an online learning center, certification and credentialing of chaplains, and advocacy.

Before joining HCCN, Rev. Hall was founder, president and CEO of the Alzheimer’s Foundation of America (AFA), a leading national nonprofit organization dedicated to improving the quality of care for individuals and their families affected by Alzheimer’s disease and related dementias. During a decade of leadership, he united 1,600+ organizations from coast-to-coast to speak with one voice to advocate for optimal care and enhanced local support services, and created nationally-recognized education and care-related products and services.

Rev. Hall has served on the National Advisory Council on Alzheimer’s Disease, working with the U.S. Secretary of Health and Human Services and other national experts to develop and implement the nation’s first plan to address this disease.  A strong believer in the power and potential of collaboration, in 2010, he co-founded LEAD (Leaders Engaged on Alzheimer’s Disease), the nation’s first Alzheimer’s-related coalition that now consists of 87 companies and nonprofit organizations. He is a member of the board of Project Lifesaver, a non-profit organization that provides law enforcement, fire/rescue, other first responders and caregivers, with technology and training to protect, and when necessary, quickly locate individuals with cognitive disorders who have wandered.

Prior to establishing AFA, Rev. Hall was CEO of a local grassroots Alzheimer’s organization on Long Island, N.Y. He also served as treasurer for the New Jersey branch of the Capuchin Franciscan Friars, an international religious order, where his many accomplishments included establishing and directing the creation of a multi-million dollar living facility for mature adults in the Bronx, N.Y.

He has presented at numerous national and international conferences, and has been interviewed by major print, radio and TV outlets. Rev. Hall holds a M.Div. and MA from Seton Hall. 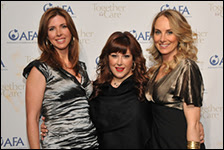 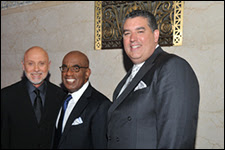 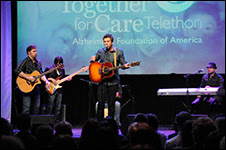 A sought-after presenter and motivational speaker, Eric has keynoted regional and national conferences, and has been a leading participant in numerous roundtables on Alzheimer’s disease and care issues.  He has appeared on or has been quoted frequently in local and national media, including The Early Show, Fox News, Time magazine, the Los Angeles Times, USA Today, O: The Oprah Magazine, and CNN Radio.

New Album “From The East – EP” 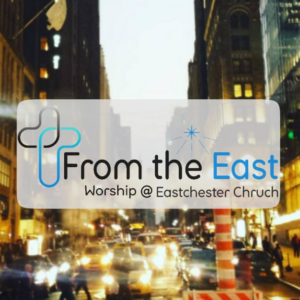 There are no upcoming events at this time.

The Promise of Lent Devotional

Sign up for our newsletter to stay in the loop with what’s going on at Eric J. Hall Ministries 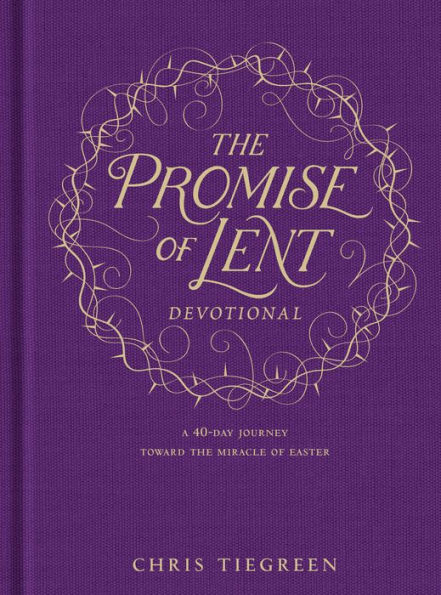 A Gift From Us…

All new subscribers will
receive a free eBook…

“The Promise of Lent Devotional”

A 40 Day Journey
Toward the Miracle of Easter

Sign up for our newsletter to stay in the loop with what’s going on at Eric J. Hall Ministries 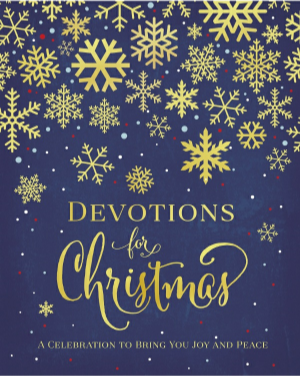 A Gift From Us…

All new subscribers will
receive a free eBook…

A Celebration to Bring You
Joy and Peace